So you’re interested in getting into 3D scanning? First thing you’ll need: a 3D scanner. You could also make your own DIY 3D scanner, but this requires time, effort and skill, and many would prefer to buy their own cheap 3D scanner online and save the hassle.

Therefore, we ranked the best low cost 3D scanners based on their price-performance ratio, overall accuracy, versatility, ease of use, and compatibility with 3D software tools to create our overall affordable 3D scanning list.

We’ve included certain information regarding accuracy, the type of 3D scanner and technology it uses, and how seamlessly it works with existing systems. We’ve also included links to purchase each affordable 3D scanner — which we earn a small commission on.

The Phiz 3D scanner, made by Kiri Innovation, takes a different route to most low cost 3D scanners, instead harnessing your smartphone’s CPU and camera to create accurate 3D models you can use or 3D print.

To harness your smartphone’s power, the Phiz 3D scanner comes with a turntable that connects to your phone and wirelessly instructs it to rotate the object so you can scan it in 3D. The other part is the 5mw laser that helps scan the object during laser triangulation, and can adjust lighting conditions to make sure your model is captured clearly.

As phone cameras have become more and more powerful, integrating depth sensors and other extras, a 3D scanner that augments your phone’s scanning potential is the ideal lightweight accessory that saves you spending more on a larger, less portable 3D scanner. The Phiz 3D scanner also makes for a seamless and efficient 3D scanning workflow: just download their 3DScanLink app to create and export scans in OBJ, STL and a range of other files types.

It’s a great affordable 3D scanner for almost any hobbyist scanning project. Any object between 50mm³ and 400mm³ is fair game — as long as it’s under 2kg! — and expect basic scans to take between 4-10 minutes, while super high quality scans will take 16-30 mins.

Overall, we feel the Phiz cheap 3D scanner is an innovative new way of 3D scanning objects with your phone, and complements and augments your scanning capabilities in a lean, small package.

This scanner is compatible with the iPhone 6S and later models (but not iPhone SE models), and Android phones made after 2017. To check with your particular phone, you can view Kiri Innovation’s site at the bottom of the Phiz product page here.

Most 3D printing experts will know of BQ’s 3D printer range. In addition to their printers, BQ also designed the Ciclop, an affordable 3D scanner that’s completely open source. You can either build yourself at home if you prefer a DIY project, or buy it pre-assembled online.

This nifty budget 3D scanner has a good scanning volume — up to 250 x 205 mm — so it’s no slouch for the price. It utilizes laser triangulation technology, so you don’t need to hold the scanner and move it around the object. Our favorite part of the Ciclop scanner is that it’s open source; you can modify it however you want — following the RepRap 3D printer philosophy. It’s a great cheap laser scanner, and one of the best value 3D scanners out there.

In terms of specs, it’s actually very good for the price — with resolutions between 0.3-0.5mm. You can easily scan to a free 3D software tool (the BQ Ciclop comes with Horus) via Bluetooth or USB, though experienced makers may prefer to work with their 3D printer models in a more professional 3D software package.

Overall, the BQ Ciclop is a plucky, low cost 3D scanner that’s great for new makers looking to get their bearings with 3D scanning. One drawback is that it isn’t the easiest 3D scanner to assemble, so less experienced DIY-ers may opt to buy it pre-assembled online.

XYZprinting have come, in relatively little time, to be one of the biggest actors in the cheap 3D printer space. They’ve since expanded however away from just making FDM 3D printers, and now manufacture an industrial SLS 3D printer, a cheap 3D pen, and now a low cost handheld 3D scanner. Now that’s versatility!

The company aren’t just versatile, the scanner is too. It features four scanning modes: object mode, head mode, full body mode, and mask mode. Each mode is designed with different sizes in mind, for example object mode is 60 x 60 x 50 cm, whereas full body mode is 100 x 100 x 200 cm. These differentiations help optimize this cheap 3D scanner for every scenario.

In terms of accuracy, it’s not the most accurate, but you can’t expect it to be for the scanner’s low price. The resolution is between 1.0 to 2.5 mm depending on the mode and settings, and a major advantage is that it weighs less than 300 grams, so you’ll never struggle to hold this handheld scanner accurately.

The XYZprinting scanner supports an image size of 1920 x 1080p as well as 630 x 480p image depth, at 30fps. According to the guide, the ideal scanning range is between 30 and 50 cm from the object / person being scanned, so keep this in mind if you’re trying to get the best results.

Overall, the XYZprinting handheld scanner 1.0 Pro is good value 3D scanner option. Some have claimed it can be unreliable with scans occasionally failing to complete however, though if you can get past this it’s a great cheap 3D scanner that won’t set you back thousands of dollars.

Costing under $1,000, the Sol 3D scanner is an affordable laser scanner capable of scanning small and medium sized objects with strong accuracy. For small parts or objects, it has a specialized Near Mode option, and for larger objects, you can use Far Mode.

Specialized 3D scanning software comes with the Sol scanner, easily enabling you to export object scans in either STL or any other file formats, for either 3D printing in a 3D slicer, or importing into a 3D CAD software tool.

The scanner is positioned towards hobbyists as well as entrepreneurs looking to expand their product range presentation. With Facebook now letting anyone upload 360 degree images of their products that customers and fans can view, it has never been more important to have 3D scans of your best-sellers, with the Sol perfectly suited for this. Overall, it’s a great low cost 3D scanner for effective scanning of small and medium objects.

Canadian 3D scanner startup Matter & Form have recently released the second iteration of their successful scanner range. Featuring very accurate scanning at up to 0.1mm due to its 2 lasers and HD-CMOS sensor, the Matter & Form V2 is up there for most precise cheap 3D scanner under $1,000.

Like many of these desktop 3D scanners, the Matter & Form comes with its own 3D software tool for editing and transferring files, and comes with Mfstudio and Quickscan to edit and perfect your STL files. If you’re looking to 3D print your scans, you can seamlessly import them into your 3D printer software and either print remotely via WiFi, or slice and export onto a USB or SD card.

The only thing that may rule it out for some people is its relatively small maximum scanning size. Because it sits stationary when scanning, it can only scan objects that fit on its scanning platform (up to 25cm tall and 18cm diameter), so those who plan on scanning people or larger objects will prefer a handheld scanner instead. Apart from that, it’s a fantastic, very precise 3D scanner perfect for scanning intricate, small objects.

Proclaimed the “cheapest professional level 3D scanner” by Shining 3D, their EinScan SE model is their entry level 3D scanner. Some of their other scanners, for example the Einscan Pro 2X (featured in our best 3D scanner ranking) can cost upwards of $7,000, though just because it’s their cheapest scanner doesn’t mean the EinScan SE isn’t impressive.

It can scan up to 70 x 70 x 70 cm, which should be enough for your printing needs unless you’re scanning whole people or large objects like cars. Moreover, it’s accurate to 0.1mm so scan quality will absolutely not be a problem.

You can either have the object being scanned rotate, or do so yourself, the EinScan-SE supports a variety of options. Overall, it’s impressive for the price and a very strong 3D scanner.

Having included the EinScan-SE, we had to also include its bigger brother, the EinScan-SP, as they’re both such standout 3D scanners. It’s not as cheap, and in fact $2,500 is a lot of money, but compared to some industrial 3D scanners that can cost $50,000 plus, it’s comparatively inexpensive!

Whereas the EinScan-SE is accurate to 0.1mm, the SP is accurate to 0.05mm, an astonishing level of precision. This will result in clean, accurate and crisp 3D scans that can in turn be made into stunning 3D prints. Additionally, it can scan larger objects, up to 120 x 120 x 120 cm, so unless you need to scan entire rooms or cars, you should definitely have enough space with the EinScan-SP.

If you enjoyed this ranking, check out some of our other ranking / top 10 articles here! 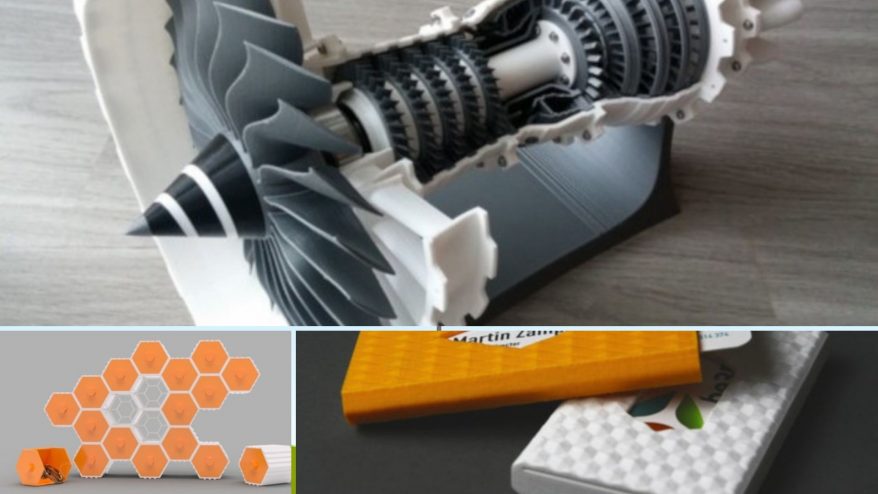